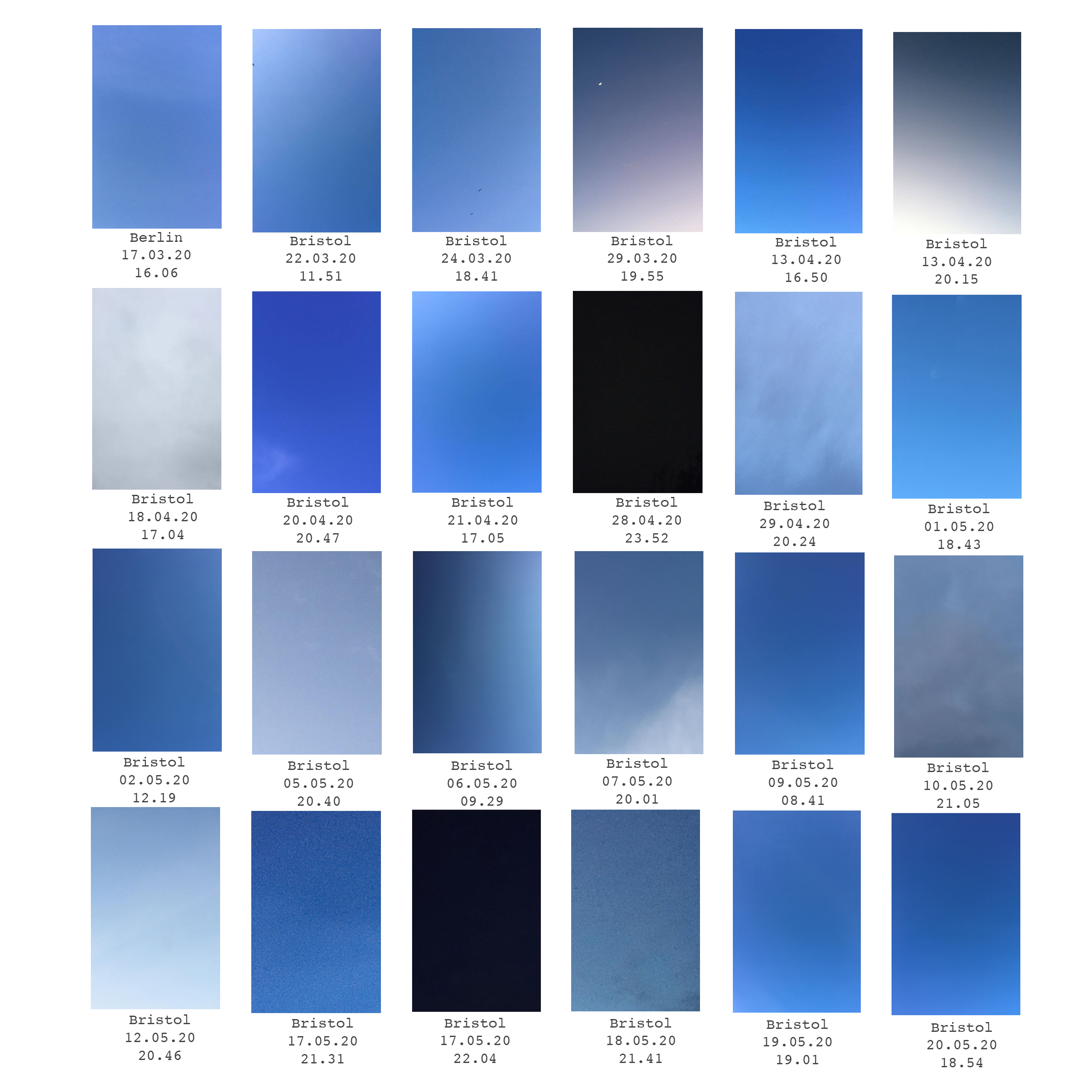 Spring was just approaching when I began this series. It's an ongoing project; a documentation of the colour of the sky, loosely influenced by Derek Jarman's Blue (1993).

When I began the series, I didn't anticipate the poignancy of time spent outside. The weather has been nice and the sky has been mostly vast and blue. Despite each day rolling into the next, the photo series aims to remind us of the constant changes happening around us and the privilege it is to be on Earth. 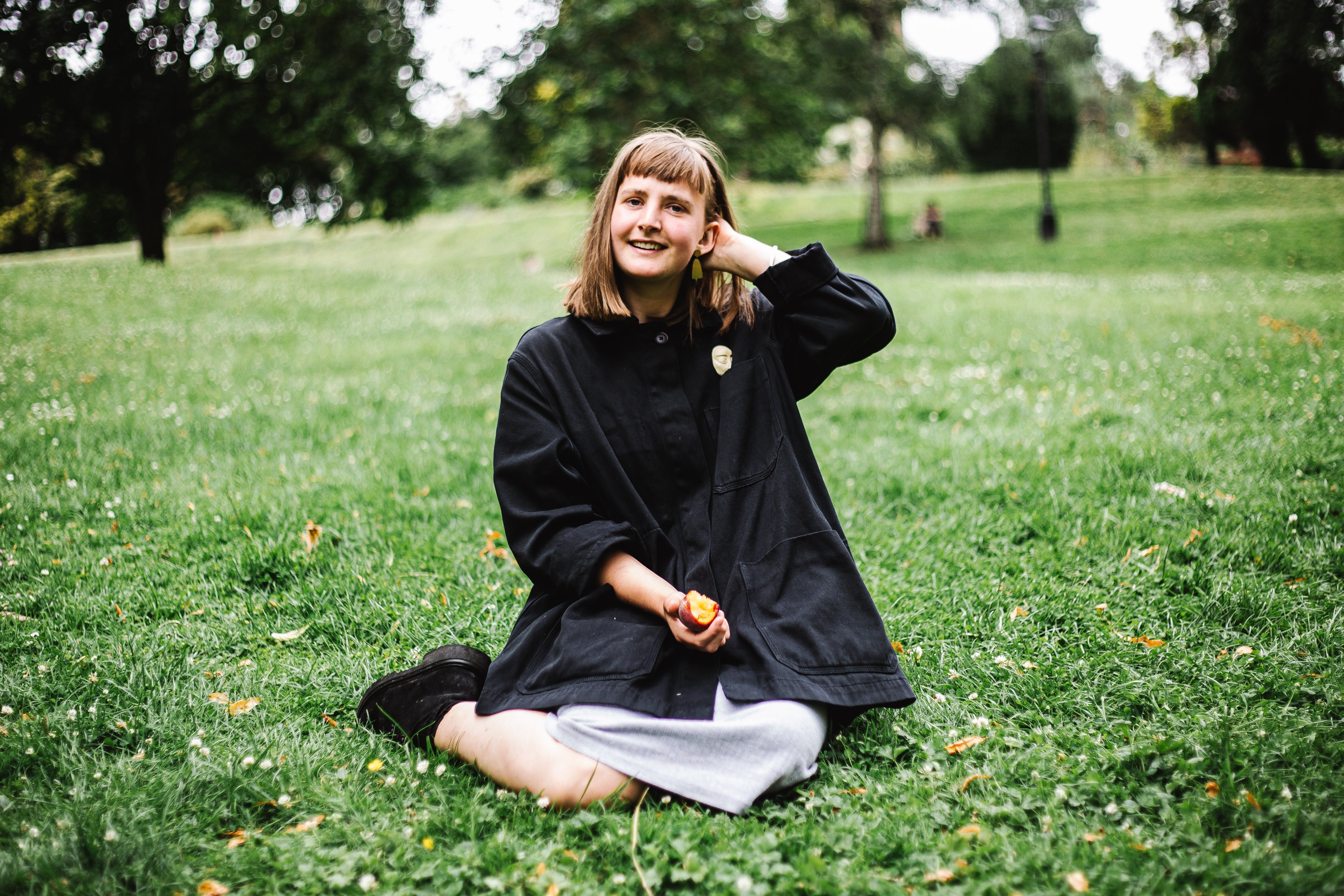